When the pandemic hit and shut down many establishments, many artists found new opportunities for earning extra income by working as a remote storyboard artist. Apparently, it’s now the norm for many game developers and film outfits; not only as a way of maintaining safe working conditions but also as a means of reducing overhead expenditures, i.e. rental spaces and utility costs. 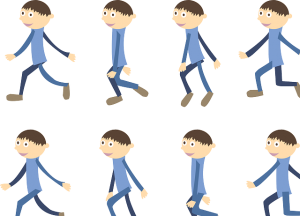 Currently there is high demand for remote storyboard artists, inasmuch as hiring creative talents from different cultures, enable game publishers and animation film producers to succeed in the global market.

What Exactly are Storyboard Artists?

A storyboard is a form of guide used by game or film studios in harnessing moving media to produce films, television shows, advertising reels and in most cases, video games. 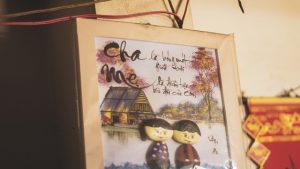 A storyboard artist plays a vital role in conveying the essence of an animation narrative. As digital artists, they create visual representations of emotions, facial expressions, gestures and logical progressions of movements to depict realistic responses and reactions of animation characters.

Using computer software like Adobe Illustrator, Adobe Photoshop and an animation drawing tool, storyboard artists create segmented panels of images to ensure continuity and smooth flow of movements. The series of drawings shown in the panels serve as guides for animators in the animation stage of film or video production.

Responsibilities of a Storyboard Artist

Storyboard artists usually work as a team, led by a Storyboard Head. However, each artist must be able to work with little or no supervision, especially if working remotely from each other. Every member of the storyboard team must comprehend the narrative and be able to translate the script into a series of pictures or images in accordance with how the Director visualises them. That being the case, the responsibilities of a storyboard artist include:

2. Coordinating with the Director to identify the key scenes of the segment assignment.

3. Plan the visualization and sequencing of the panels of images into scenes based on the script, whilst ensuring the illustrations are in the right styles.

4. Arrange the panels of images into storyboard format, including adding special effects in storyboard frames, identifying lighting requirements and areas of tension for each scene and then communicating them to animators.

When applying for an opening to become a remote storyboard artist, be sure to submit a well written resume. Mention your ability to draw effectively by indicating past projects that show your storytelling skills via visual creations. If you need help in creating your curriculum vitae and its accompanying cover letter, there’s an online German website known as Gekonnt Bewerben, which offers application writing via a package of services. This entity claims a high success rate of 95% in getting their clients interviewed to further demonstrate their drawing and visualization skills.